The artist, Rabea Asad, is participating in the Syrian series “Sa’at Farah”, directed by Rami Al-Badawi, who began filming his scenes during the last period in preparation for its presentation in early January. 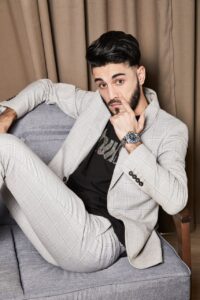 Rabea Asad in a press statement, that the series starring new young faces, and most of its scenes were filmed, and it is a joint German-Syrian production, and it deals with the topic of losing a child from his family in a time of wars and sectarian problems, and when he reaches the stage of youth he begins to search for his family, and events unfold. . In several Arab countries, including Jordan, Lebanon and Germany. 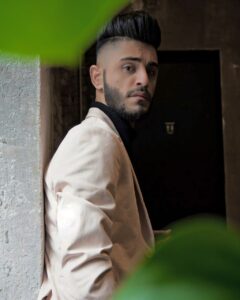 He explained that the series was filmed in the European system, with the help of a number of specialists in sound and visual effects who studied abroad, noting that the series is expected to be shown to the public in the Arab world and abroad at the beginning of next January. .
next one. 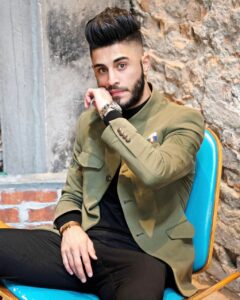 It is noteworthy that Rabea Asad participated in the series “Hay Al-Shaab”, written by actress Vivian Antonios and directed by George Roukoz, and its scenes were filmed in a Beirut neighborhood, and it deals with social stories that occur in a popular neighborhood. The series consists of two parts and each part contains 30 episodes.

Its events revolve around the mafia behind the children’s beggar, with the aim of conveying a message to take care of them and take care of them, and the work is exposed to the stories of some street children, where these boys beg. They steal from the streets and steal without knowing that they are part of a mafia that specializes in exploiting them, so the teacher (played by artist Khaled El-Sayed)) tortures children, rapes a girl among them, and forces his sister to work. A prostitute because the latter will have major psychological problems.

In the “People’s Quarter”, Marita El-Halani embodies the character of Serena, who takes responsibility for her family and lives in a popular neighborhood that includes poor families, and each family has its own problems, fears and aspirations. the future.